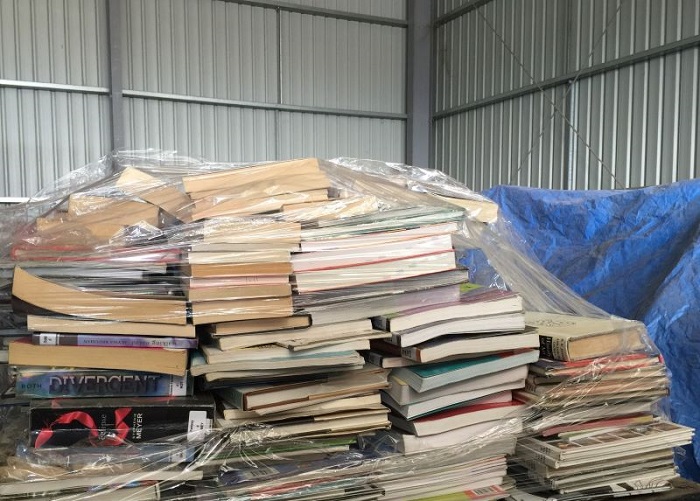 As you may already know, Books2Africa is a UK registered charity committed to inspiring an educated and literate Africa. The fact that Africa has the highest rate of illiteracy is an existential problem that cannot continue to be ignored. This can be blamed on a range of factors, from poor governance and corruption, to under-development and the absence of quality educational materials/facilities including but not limited to books, computers and so on.

Access to books can be considered essential to developing literacy and a reading culture in any society. More developed countries have invested greatly in the education sector, resulting in more literate, and equally, prosperous societies. Even though not every individual in developed countries has a formal university education, the vast majority have excellent foundational skills in reading and writing, essential for excelling in skilled as well as semi skilled jobs.

By collecting a wide range of books from people who no longer have use for them and donating them to people who would consider them valuable, Books2Africa is serving the both developed and developing communities in Africa and the West, educating people and helping the environment. With its headquarters in the United Kingdom, people in the UK can donate books to this worthy cause at anytime. Since its establishment, book donations have not stopped coming.

In the light of this success, Books2Africa took the initiative to run a Book Drive project in Sydney to test the viability of such a project in Australia.

When approached to lead this project, I thought it might not work in Australia considering that there are already several charity’s who share a similar goal.

I could not have been more wrong!

In a short period, we set up a collection point in Sydney, established our contact details and recruited some volunteers from Macquarie University, and we were ready to go live.

The response was tremendous. People were emailing and calling to make enquiries about the cause and the legitimacy of the organisation. In no time, drop-offs were booked and deliveries of donated books from all over Australia were received.

I had a lady from a high school who dropped off over 8 boxes of books as a donation to enable a more literate Africa. I was overwhelmed by this. As this drive was meant to test how Australia would respond to such an initiative, the project lasted a few weeks. On completion we had collected over well over 350 books on a range of subjects; arts, social science, science, religion, crafts, etc.

After wrapping up the Book Drive, we have continued to receive enquiries from potential donors in Australia eager for the next drive.

Books2Africa is a well thought initiative and I am confident that it would become one of the most respectable and impactful organisations in Australia once it is established here permanently. Until then, the books collected were donated to the Salvation Army in Australia to help raise money for people in poverty.

I am certainly keen and looking forward to that day.