“I hate reading” – How to get young people reading again 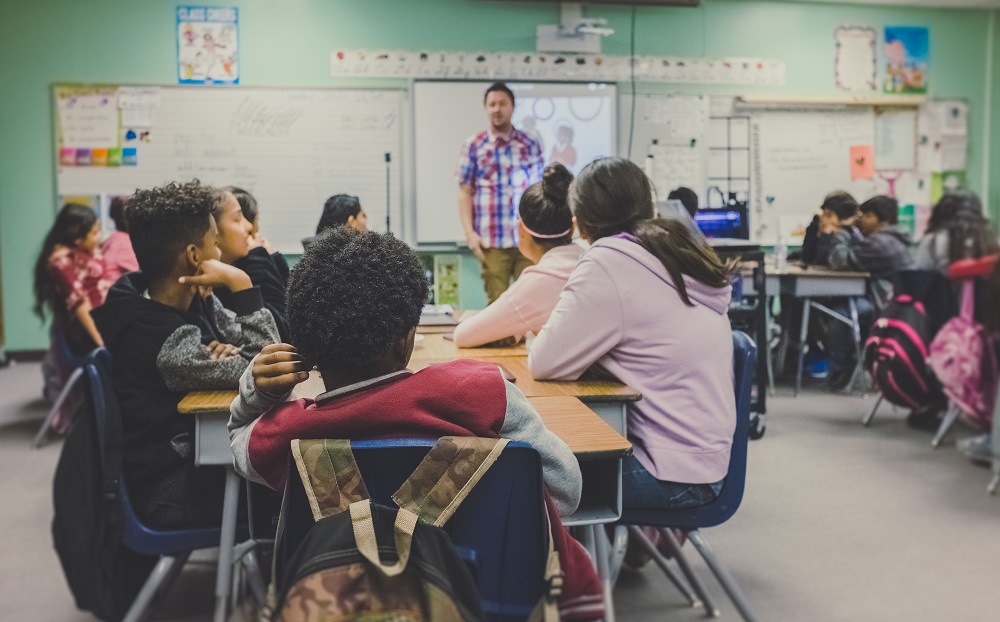 Visiting a secondary school in the UK to talk about the charity Books2Africa and their work of collecting and sending books to Africa to educate people who are less fortunate, left me with mixed feelings. Spending two periods with a class of 13-14 year old British students from white and ethnic minority backgrounds was fun and also revealing. I have taught for many years at foundation and university level so this was not my first time in a classroom. However, it was my first time with a group of this age and it made me a bit nervous.

I was more at ease when I got there and found out it was activities week, close to the end of term, so the atmosphere around the school was mostly relaxed, students were not in uniforms. Once the students arrived the classroom and the session started, it was enjoyable overall and I learnt more than I actually expected to and here a few observations upon reflection.

Libraries without (much) books

It seems schools in the UK and those Books2Africa supports in Africa have this in common – libraries with little or no books – although for very different reasons. I was surprised to learn from one of the teachers at the school I visited that their library is almost without books. The availability of technology has evidently led to a decline in the use of hard copy books by pupils in the UK (and a declining interest in reading). On the other hand, the empty libraries in schools across Africa are not due to a lack of interest in reading, but a lack of access and resources to acquire much-needed books. In fact, the situation in Africa is even more desperate because of the lack of electricity. No electricity = no electrical devices = no internet. Although it is a sad reality that many schools in the UK will throw the books they no longer need in the bin, headed to landfill, many such as the school I visited donate theirs to Books2Africa, to be sent to other young people who will put them to good use. More schools should follow their example.

During our discussions, I learnt that more than half of the class already had tickets booked by their parents for a holiday abroad. I was trying to make the point that it costs about £5,000 to ship a container of 20,000 books to Africa, and thought relating that amount with the cost of their flight ticket would be helpful. However, many did not have a clue how much it costs their parents to book their tickets. I then asked another question;

“what will you miss the most about school when you leave?”
“Nothing” they responded.

Upon encouraging them to think deeper, many wrote down; their favourite teachers’ names, the school food, the school bus ride with their friends, art design and technology class and sports. But someone wrote “the school environment” and that caught my attention. Before proceeding to show them pictures of a school I visited in my village in Nigeria, they did not value or appreciate that their school had windows, doors, desks, a carpet, a projector, maps and charts on the walls, a computer and WIFI. Or toilets, a cafeteria, sports facilities, arts and crafts facilities. It became apparent that though these young children attended a school that Ofsted graded as “good” and would be considered better than most schools in the developing world, they did not appreciate it. Parents and teachers should make it a priority to expose their children to other parts of the world and to get them involved in volunteering if they want to see a more grateful, appreciative and respective attitude in all areas.

Most of the students at this UK school openly admitted;

“I hate reading”,
“It’s boring”,
“there are more interesting things to do” and
“If books were like Netflix”.

To be honest, I can relate to them. If I was born in this generation, I would probably say the same thing. But it got me thinking about what the root problem is here, and it goes back to values. Reading a book requires patience to follow the story and train of thought, an appreciation of the artistry of the author, grammar and language, an imagination that turns words into pictures in the readers mind, and an understanding of the value and cost of developing ones intellect.

So the story of “the chronicles of Narnia” is more a less the same in the book as it is in the film, the younger generation lack the patience, appreciation and imagination required to consume it as a book. And this is not entirely their fault, growing up in an era of Google, Social Media and smart phones will probably make you the same. Hence, I believe this school is making the right decisions when they decided to ban phones in school from next term. However, parents should also take a bit more interests and pay attention to how their children are using technology and how this is affecting their learning attitudes and values.

So my advice for you as you as you try to develop a habit of reading, find a movie you love that is also available as a book and read the book instead. See how the two compare and you might just be in for a surprise.