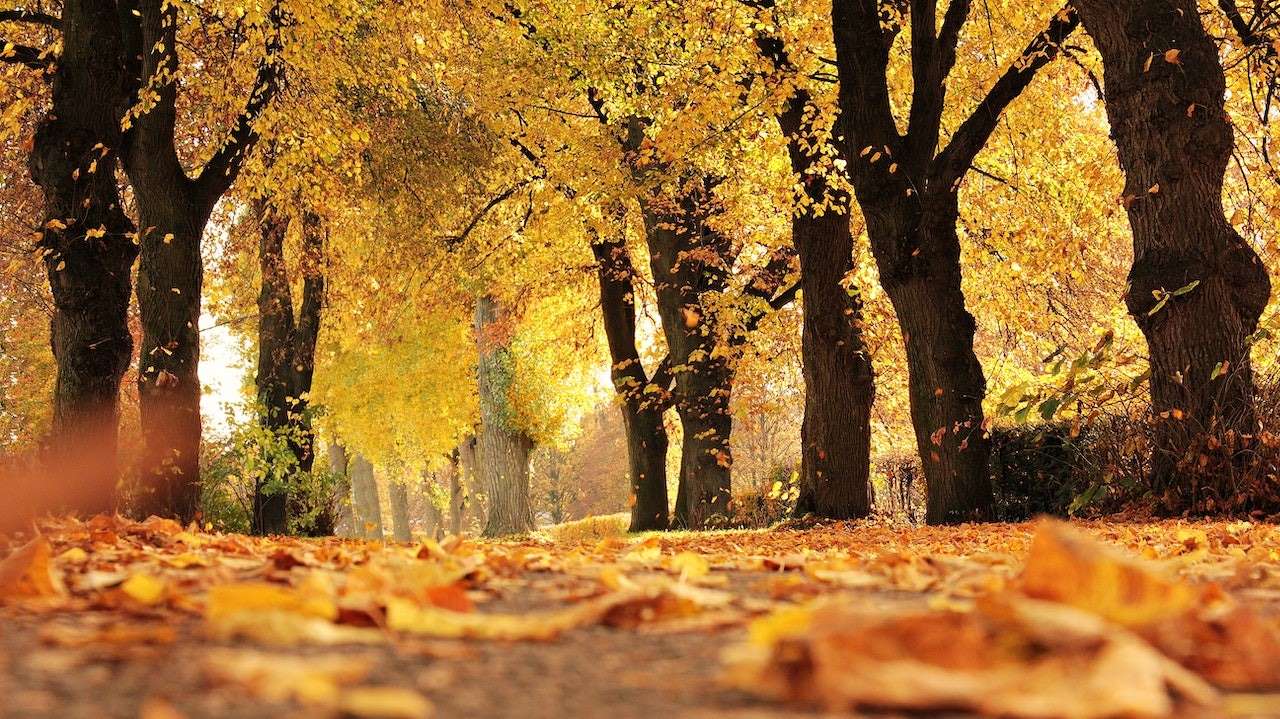 Flutter down from slowly disrobing trees,

Lie denuded of blooms, once carnival

Passers-by, brief-smiling at the profusion

Of vibrant-bold colours in a public park;

And so, dear friend, I send you a photo

For as a bard, insistent, reminds us:

If Winter comes, can Spring be far behind?1.

Your rhyming lines are all very well,

One friend responded in gloomy mood;

But in this era of Nature ravaged, disrespected,

Can no longer be taken for granted.

I paused, considering how to respond

To the weary resignation in his voice:

But let the bard’s homage to Nature’s

Cyclical passage prompt us to defend,

Inspired by the beauty that flowers

When Humanity and Nature

Work in harmony together.

Can we not agree, my Brother,

On the urgent need for this endeavour

Well, he mused, your point is well taken,

But only if the required momentum

To those warning words, when action needed

Is deferred, avoided, though vital-essential,

So, to honour those scenes of beauty,

Public-accessible in an urban park,

Let us roll up our sleeves and join our efforts

To turn this tide of encroaching destruction,

And bring hope, to the hearts and minds of children

Inspired by the beauty that flowers

When Nature and Humanity

Thrive, in harmony, together,

Only when Nature and Humanity

Can work, in harmony together

Will this nightmare cease, extinction interred

In a consummation creating

The conditions for a new beginning,

As the guiding principle, serving us

Steadfast along the odyssey of life.

Let us become instruments of holistic

Healing, while Time Finite affords us the chance;

Wait in patience, for a New Spring to dawn.

2 “…Nature ravaged, disrespected” – when writing those words, I became aware of the influence, indeed the poetic presence of the Ogoni human rights activist and environmentalist, Ken Saro-Wiwa (1941-1995), who, as President of The Movement For The Survival Of The Ogoni People (MOSOP), campaigned tirelessly for restorative justice and reparations to be made to his People, their lives, livelihoods, land and streams devasted by the brutal and brutalising impact of Royal Dutch Shell’s activities, with covert and overt support from the self-aggrandizing political mis-leaders of a neo-colonial Nigerian state, a process which for Ken resulted in two terms of imprisonment, a kangaroo court and his execution, along with the executions of eight other key Ogoni activists.  Former British Prime Minister John Major referred to these court proceedings and outcome as “judicial murder.”

Ken Saro-Wiwa was not only a “Green Original” and indomitable activist, but inter alia, a successful businessman, a university lecturer, a playwright (for both stage and television), a Rivers State Commissioner, a publisher, a novelist, an author of a Memoir, in the form of a Detention Diary, a writer of children’s books and a poet.

The following lines from his poem “Keep out of prison,” once read, have remained etched in my memory.  They have regional, national and international resonance:

… “But while the land is ravaged

And our pure air poisoned

When streams choke with pollution

Silence would be treason” …

3 “Will this nightmare cease…” – Some years ago, a Spanish student, talking about his youthful peregrinations in the U.S.A., looked at me knowingly-mischievous, then referred to curious, controversial graffiti he remembered seeing on the New York underground.  The words below have stayed with me.  He knew they would: “The American Dream is the World’s Nightmare.”

What the endangered planet we inhabit so desperately needs is systemic change, an end to false nationalisms, imperialist meddling, the profiteering hegemony of global monopolies, ruthlessly exploitative of Nature, the Environment and Humanity, a tiny minority of obscenely affluent billionaires and tricksters, imposing systems of obscene inequality, on alienated majorities.

It doesn’t have to be like this. The Nightmare is real, but unsustainable, can and must end, our present, our planet healed and reclaimed, our future liberated and liberating, as together we create a viable renaissance for children of a wiser, happier generation.