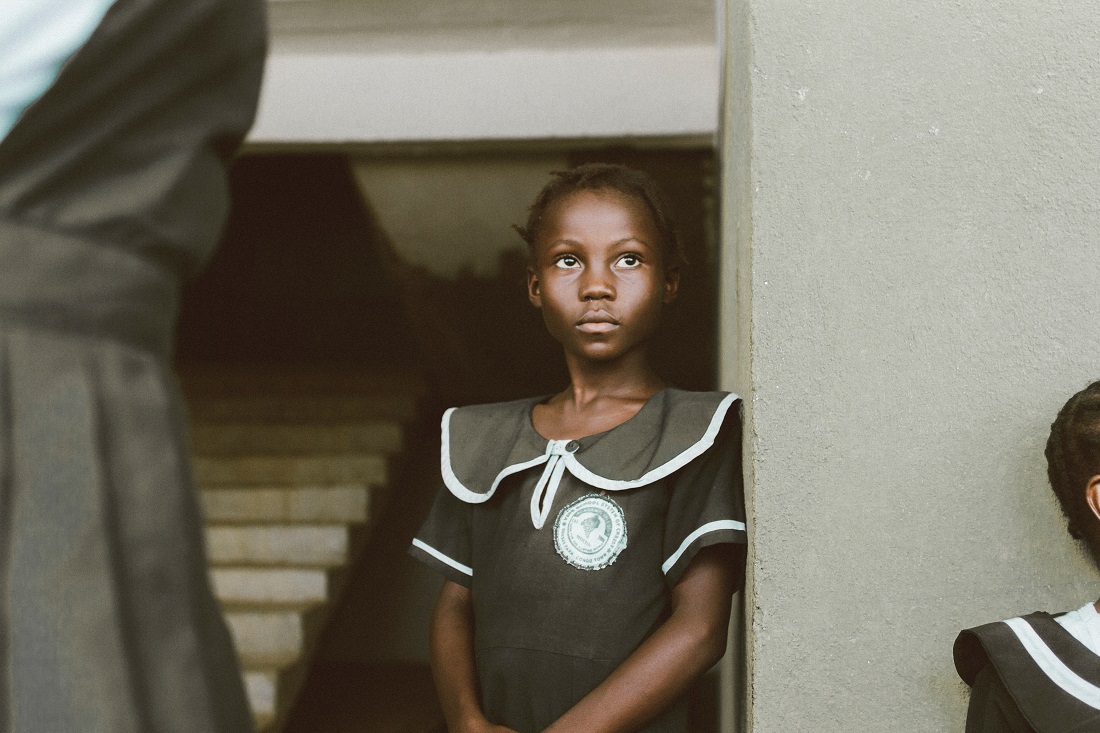 It is largely recognised that education is about much more than the individual who is learning. It is an investment in the future of a community and society. It is appreciated by many that both male and females should have equal access to education, with the understanding that this will better themselves and allow them to make a more positive impact in life.

When considering the merits of education, people may look at the value of improved literacy, the appreciation of society offered by historical study, or the logical skills offered by the study of mathematics. But the merits of education run far deeper than that. For example, the self confidence that naturally comes with learning can be instrumental in a woman’s life, in empowering her to see herself as a productive, useful member of society. Further to this, education can, and does, save lives. It can provide a wealth of important information to students, such as ways of minimising the risk of HIV/AIDS, and maintaining good sanitation practices.

A study into the implications for a female’s role within a family when education is considered found a positive self-perpetuating cycle with mothers who had been to school. They discovered that an education leads to a greater sense of equality and self-belief among women. In terms of the financial gains for the family, this means that the sense of empowerment, along with practical skills developed in school, make a mother more likely to pursue work, rather than the homemaking role alone. Therefore, families can often benefit from a higher level of income. This will naturally lead to a reduction of poverty levels in countries such as Nigeria.

The impact of female education has also been seen to transmit down to future generations. Health wise, an educated woman is more likely to know what contraception is and how to use it responsibly and safely. This leads to further  poverty reduction as there are families managed the number of children they have according to their resources. Furthermore, many children, particularly females, are found to be empowered by the skills and qualities gained by their mother as a result of her education, and they themselves are more likely to want to pursue it.

When the benefits of learning are considered, statistics with regards to education in Nigeria paint a worrying picture. According to UNICEF, as few as 20% of women in the north of the country have attended school. In parts of the country, education is generally low and the proportion of males to females in schools is wide at a 1:2 ratio.

There are several reasons for this lack of educational access. These include a lack of resources within communities, meaning that females are often seen to be more useful in a homemaker role from an early age, rather than in a role which involves receiving an education. However there is also a more ideological side. A deep rooted cultural system that causes boys to be given more time and higher expectations within the classroom, thus leading to females feeling inferior within the formal educational system.

While daughters of educated mothers are more likely to show an interest in schooling, simply wanting to pursue an education is not by any stretch an end to the problem. In recent years, Nigeria’s growth in population has not been matched with a growth in educational resources. The population is far younger than it has ever been, with children under 15 accounting for around 45% of the country’s population. This has made access to education a problem affecting both genders. Further to this, as well as a lack of access to schooling, children who attend a school may well receive an education of low quality, with scarce or outdated materials, as well as overcrowded classes being a frequent issue. Where resources are scarce, as they so often are, there is a reduced emphasis on educating females, with the priority being to educate males in order to see them assume a breadwinner role, backed with the skills that schooling has provided them. In these situations, women assume a traditional homemaker role.

However above all other factors, there is a glaring lack of awareness of the plight of females in Nigeria. Bina Shah, a an award-winning journalist claimed that the kidnapping of 276 female students in Chibok in 2014 caused a media stir surrounding this issue, but said that the missing girls simply became a tool for Islamophobia by western journalists, resulting in a battle with no winners, and certainly not enough focus on the issue of girls risking their lives for an education.

While the problems are fairly clear, the solutions are a lot more ambiguous, and made all the more complex with the fact that underneath the lack of material resources, there is a layer of ideological stigma which is seen as impermeable to some. For example, organisations such as UNICEF have taken strides forward with plans such as ‘Strategy for Acceleration of Girls’ Education in Nigeria, aimed at eliminating gender disparity in all levels of education by 2015, via methods such as linking the importance of education with alleviation of poverty as well as closely monitoring students’ progress to minimise girls falling behind. Unfortunately, the fact remains that this goal is still yet to be achieved despite UNICEF’s holistic approach in identifying a range of barriers preventing females from accessing or choosing education.

In terms of challenging ideas, some activists argue that the influence of Islamic leaders, particularly in the north of the country, seeing education of females as ‘un-Islamic’, are a large reason for girls’ relative lack of success in education. This has been challenged by charities such as ActionAid, who take a positive view of religious texts such as the Qur’an, using its teachings to empower girls to want to pursue education. They also focus on the practical components, for example in encouraging more women teachers, thus making the Muslim parents of a girl more likely to support her being educated by another female.

The solutions to this widespread problem are logical, but most charities and activists are under no illusions as regards the social stigmas and lack of material resources which will need to be overcome. Despite this, large obstacles can be overcome by collaborative efforts. Books2Africa is playing its part in this, not just in Nigeria but across Africa.

As discussed previously, educational resources are a significant problem among many African countries, particularly in terms of students lacking access to up to date, relevant and useful books, media and equipment. At present, Books2Africa has donated over 44,000 books to a diverse range of African countries, with the largest recipient of resources being Nigeria. Recent improvements from this include the building of new libraries, and the development of community centres. In terms of female education, a wider range of material resources in schools and communities is more likely not only to improve a girl’s access to education, but also motivate and interest her with the wealth of information that books can provide.

In addition, working together with Compassion UK, Books To Africa aims to sponsor 100 children up until the end of their primary school education, with a view to establish a further scholarship programme for girls in secondary school and University. A fantastic example of how girls benefit from this programme is the case of Mamatou Zagre, a young girl from Burkina Faso. Thanks to her scholarship, she is provided with a range of skills and experiences at her student centre, including hygiene lessons, social clubs, academic tuition and vocational training. This again emphasises the holistic nature of education. The academia plays an important role, but not the only role. Mamatou and other girls will leave school equipped with not just strong academic skills, but also with essential life skills to carry them forward into their adult years.

Charitable organisations play an invaluable role in the campaign to improve females’ access to education, however social attitudes within many African communities, as well as lack of government support, mean that progress is somewhat slow. For the issue to be truly solved, countries must realise the expansive beneficial impact that the education of all children – not just males – has for society. However until then, small steps such as the sponsorship of Mamatou’s education, and the donation of educational materials to African countries, get us a bit closer every day.